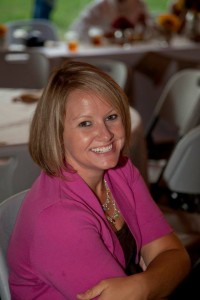 I grew up just outside of Reidsville, in the rural community of Bethany, North Carolina and come from a long line of farmers. Most of my life, my family raised tobacco, corn, wheat, beef cattle, hogs and chickens. We have had a few dairy cows, as well. We also had horses for riding pleasures. I have always enjoyed agriculture and working the land with my family. During my high school career, I was an active FFA member serving as chapter Reporter and President. I am also a National FFA Degree Recipient.

I attended North Carolina State University in Raleigh, North Carolina and graduated with a B.S. and Master’s in Agriculture and Extension Education with minors in Animal Science and Agribusiness Management. While studying at NCSU, I also worked at the Dairy Education Unit, which is the dairy farm at NCSU. During my summers at home, I worked for the Upper Piedmont Research Station conducting extensive research on beef cattle and crops such as tobacco and grapes. After graduation I began my teaching career at Eastern Randolph High School in Ramseur, NC. I taught Agriscience, Animal Science I&II and Equine Science I&II. At the time, we had the top FFA Program in the state of NC and participated in numerous CDE’s. A few years later, I had the opportunity to move back home and spent two years teaching at McMichael High School in Mayodan, NC where I taught Agriscience, Animal Science I&II, Horticulture I&II and Ag Mechanics. I was able to re-build the FFA Chapter and start the Alumni Program while at McMichael.

I currently live in Stokesdale, NC with my husband, Stephen. We have been married for 5.5 years and have two daughters, Ansley (4), Addison (2) and one son, Jackson (1). I decided to take a step back from teaching when my first child was born and take the time to be a mommy. I have been a stay at home mom since Fall 2010. I have been blessed to be able to stay home with them.