The Nelson Academy of Agricultural Sciences Online team is dedicated to offering affordable, high quality agriculture courses to middle school and high school students. We also provide Adult Education courses and certifications to those looking to further their farm and ranch knowledge. 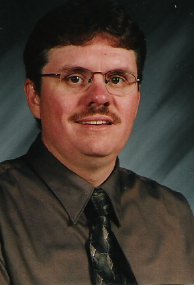 Mr. Nelson grew up on a diversified farm and ranch in northeastern Montana, near the Canadian border. He attended school and graduated from the Peerless School in Peerless, Montana. Mr. Nelson attended UND Williston and began an associates degree in farm and ranch management. After his first year at UND Williston, he decided to attend Montana State University in Bozeman, Montana, and began studying photography. Mr. Nelson soon realized he missed his agricultural roots and decided to pursue a degree in Agriculture Education. He graduated with a bachelor of science degree in Agriculture Education in 1984. He spent the next 15 years teaching agriculture and advising FFA chapters in Scobey, Culbertson, Peerless and Opheim Montana. He was fortunate to have advised five Montana State FFA Officers during his teaching career. In 2004, Mr. Nelson began his administrative career as Superintendent of the Opheim School District. He obtained a masters degree from Montana State University in Educational Leadership. Mr. Nelson also obtained his superintendent endorsement from the University of Montana. Mr. Nelson feels it’s important that high school and adult students who do not have an opportunity to receive agriculture courses have the opportunity to do so in a convenient and flexible online format.

“I look forward to teaching all who have an interest in agriculture and want good, high quality courses. Join me in this great venture into the amazing world of agriculture! “ 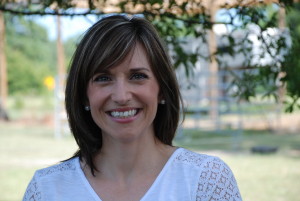 I grew up in Brevard, North Carolina.  My family has had a farm since 1901.  In the past it has been a dairy and burley tobacco farm. Today, it is a beef cattle farm, where meat and eggs are sold onsite!  We also have a corn maze, that is open from August till October.  I have been around horses since I was young, mostly trail riding.  I worked for the Cliffs Communities Equestrian Center, teaching horseback riding lessons, leading trail rides and helping with other equestrian events. I also worked for a small animal veterinarian office, before starting college.  I attended Clemson University in South Carolina and graduated with a B.S. in Agriculture Education. While at Clemson I also worked at the LeMaster Dairy, which is the dairy farm at Clemson.  After graduation I received a job teaching Animal Science at Fort Mill High in SC.  This is my ninth year teaching at Fort Mill!  We have a very active FFA chapter and participate in many CDE’s and state events.  I run an internship program for my 4th level completers and also manage our school greenhouse.  I currently live in Rock Hill, SC; which is the hometown of my wonderful husband Chase.  We met at Clemson, where he graduated with a B.S. in Ag. Mech.  We have been married for 6 years and have one son Boyd who is a year old and keeps us very active.  We also have 1 quarter horse, HP, he is my husbands team roping horse, 1 donkey, Gus, he is used for trail riding and 2 dogs; Georgia a Blue Heeler and Preacher a Catahoula.  I am excited about being a part of the Nelson Academy of Agricultural Sciences Online family! 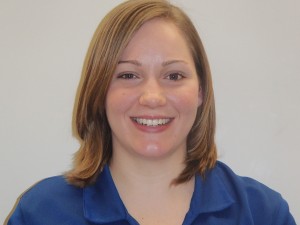 Mrs. Kaylie Ackerley Siddall was born in Neversink, New York and grew up in the Catskill Mountain region.  Neversink is known for its 216 billion gallon reservoir that provides New York City with the drinking water needed to sustain such a large population.  For this reason, along with the mountainous terrain, her exposure to agriculture was limited to the experiences available through her high school agriculture program.  Ms. Ackerley or “Miss A” as her students call her, got a late start in the Tri-Valley FFA chapter, where she became an active member following a knee injury her 9th grade year.  She credits her success in the FFA to the strong role models and influences of her advisor and mentor Tara Berescik, along with the encouragement of retired agriculture teacher Richard Strangeway.  It was due to these influences that she went on to serve as the New York State FFA Treasurer.  While serving as a State FFA Officer, Miss A was also tackling her first year of undergraduate studies at Cornell University.  She began her post-secondary education with the intention of becoming a veterinarian however her State Officer experience exposed her to teaching workshops; an endeavor she fell in love with.  She quickly added a dual major in agriculture education and set her goal on a new career: that of an agriscience educator.  During her undergraduate program, she studied at the Swedish Agriculture University in Uppsala, Sweden where she was exposed to different animal agricultural practices and policies.  It was in Sweden when Miss A took her first college course online and accredits much of her experience to a phenomenal professor.  She learned the value and importance of building a relationship with her professor and peers in the class, despite the fact that the students she interacted with came from over 10 different countries across the globe.  She began teaching as a long-term agriculture substitute at Southern Cayuga Central School in January of 2013.  At the time she accepted the position, she was also completing her Masters in the Art of Teaching at Cornell University and credits this to her ability to juggle the many responsibilities that being an agriscience teacher requires.  Miss A continues to challenge and improve her teaching techniques.  She believes that students learn best when they are able to direct their own learning and be challenged by difficult questions.  It is for this reason that during her time at Southern Cayuga, Miss A took on the challenge of a co-taught Ag with Math course using the Project-Based Learning methodology.  When she is not reading up on literature for her PBL course, Miss A can be found outside mountain biking in the local state forests, raising puppies for seeing-eye dog organization Freedom Guide Dogs, and traveling to the National Parks to appreciate the beauty our country has to offer.

I grew up just outside of Reidsville, in the rural community of Bethany, North Carolina and come from a long line of farmers. Most of my life, my family raised tobacco, corn, wheat, beef cattle, hogs and chickens. We have had a few dairy cows, as well. We also had horses for riding pleasures. I have always enjoyed agriculture and working the land with my family. During my high school career, I was an active FFA member serving as chapter Reporter and President. I am also a National FFA Degree Recipient.  I attended North Carolina State University in Raleigh, North Carolina and graduated with a B.S. and Master’s in Agriculture and Extension Education with minors in Animal Science and Agribusiness Management. While studying at NCSU, I also worked at the Dairy Education Unit, which is the dairy farm at NCSU. During my summers at home, I worked for the Upper Piedmont Research Station conducting extensive research on beef cattle and crops such as tobacco and grapes. After graduation I began my teaching career at Eastern Randolph High School in Ramseur, NC. I taught Agriscience, Animal Science I&II and Equine Science I&II. At the time, we had the top FFA Program in the state of NC and participated in numerous CDE’s. A few years later, I had the opportunity to move back home and spent two years teaching at McMichael High School in Mayodan, NC where I taught Agriscience, Animal Science I&II, Horticulture I&II and Ag Mechanics. I was able to re-build the FFA Chapter and start the Alumni Program while at McMichael.  I currently live in Stokesdale, NC with my husband, Stephen. We have been married for 5.5 years and have two daughters, Ansley (4), Addison (2) and one son, Jackson (1). I decided to take a step back from teaching when my first child was born and take the time to be a mommy. I have been a stay at home mom since Fall 2010. I have been blessed to be able to stay home with them. 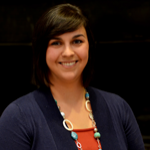 April Pittman enjoyed ten years in the agriculture education classroom in Hope Mills, North Carolina. She has a love for horticulture, natural resources, and helping students live up to their full potential through agriculture education. Over the years, she has gained a Masters Degree and National Board Certification in Agriculture Education. This expertise will now be used in creating curriculum for the Nelson Agriculture Academy online. After enjoying her time in the classroom, April will now be working from home and taking care of her small children. She is here to help with any of your curriculum needs. She may be reached at april.pittman@allagonline.com.

Mrs. Johnson grew up on a hobby farm in west central Wisconsin. As she started her freshman year of high school in a new school, she was introduced to her first agriculture class – the first of many! After a wonderful job shadowing experience with a local veterinarian, Mrs. Johnson decided to change her original desire of becoming a veterinarian to a focus on TEACHING people about agriculture. As a high school student, she was highly involved in every aspect of the local FFA chapter.  To pursue her degree in Agricultural Education (with a minor in Animal Science), she attended the University of Wisconsin – River Falls, the state’s renowned agriculture university. Throughout college, Mrs. Johnson was involved in several agriculture clubs and enjoyed spending her summers trying out new opportunities. These ranged from serving on a Colorado dude ranch as a children’s counselor leading horseback rides in the foothills of the Rocky Mountains to crop scouting green beans and peas for human consumption in Wisconsin’s popular tourist attraction area, Door County.

Upon graduation from college, Mrs. Johnson moved to eastern Montana where she taught middle school and high school agriculture in a small, rural school. She loved the classroom, the community, and learning an entirely different type of agriculture than from the dairy cows and corn she was raised amongst. During her time in Montana, she married a dairy farmer, also from Wisconsin, and they started a family. In 2012, Mrs. Johnson and her family moved back to Wisconsin to begin the succession of her husband’s family farm to the 5th generation. After that move, she did not return to the classroom. She was able to stay home raising her growing family and helping on the farm as well as volunteering in the local school through the county Farm Bureau’s Ag in the Classroom program. Currently, Mrs. Johnson is staying busy by raising her 4 children (3 boys and a girl), homeschooling two of them, milking cows, serving as the church secretary, and living life to the fullest! 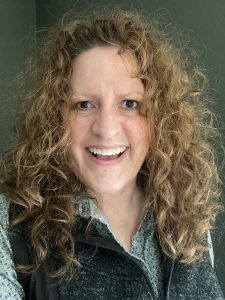 she followed in their footsteps taking Agriculture Education classes and joining the FFA.  She attended the University of WI – Platteville receiving a Bachelor of Science degree in Agriculture Education.  She began her teaching career in eastern Iowa.  After two years, a yearning to move west took her to Montana where she continued teaching for over 20 years. In addition, she spent five years as a county extension agent and two years as a grain buyer at the local elevator. Ms. Newhouse recently moved back to Iowa.  She is currently substitute teaching.  When not at school, she spends her time quilting, gardening, canning and hopes to return to community theater.

My name is Kaylee Follman, and I’m currently a sophomore at North Dakota State University majoring in Agriculture Education with a minor in Agriculture Extension and Equine Science. I am a certified equine and canine massage therapist and own my own business called Rafter F Animal Body Balancing. I enjoy barrel racing and spending time with my family and dog.